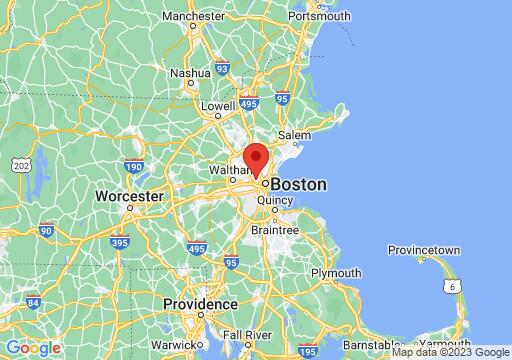 BlueBird Bio's Cambridge, MA office space was a glass building located in a densely populated area of the downtown. Weak cell signal plagued the building compelled them reach out to RSRF. 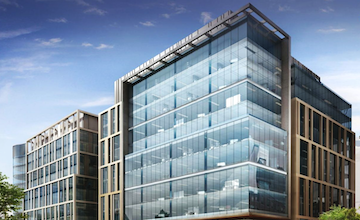 BlueBird Bio pushes hard on gene therapy because they believe it delivers the chance for people with severe genetic diseases and cancer to live fully, regardless of what’s written in their DNA. Their goal is to recode the science, the system – and even the status quo – for life.

With that philosophy driving them every day, they weren't willing to settle for less than optimal cellular voice and data coverage for their team.

● During the facility build-out weak signal strength and strong interference from surrounding buildings were identified.

● The building was constructed primarily of glass, which contributed to signal interference.

An off-air DAS system was recommended to bring the outdoor macro network signals indoors and normalize the delivery of service. Placement of the donor antenna was key. 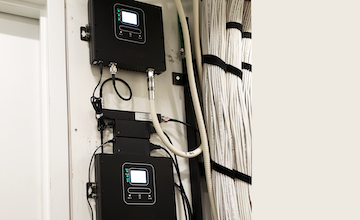 During the initial client consultation and site survey it was revealed that the service degradation experienced in the BlueBird Bio facility in Cambridge, MA was caused by several factors. Building materials were attenuating already weak signals causing inconsistent coverage between floors. The rooftop was noisy with competing signals causing interference for the upper floors, which theoretically should have had stronger signals. Additionally, the stainless steel walls used to build out the clean rooms and laboratories on the lower floors were acting as barriers to signal flow.

The client was looking specifically for improved service with all carriers.

Using the data collected in conjunction with input from the client about their concerns and goals, RSRF determined that the best solution would be to deploy a Passive DAS solution to leverage the off-air signal.

A flexible and future-proof solution that extends consistent coverage. 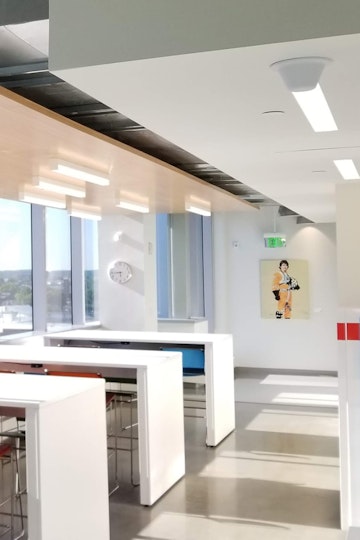 Placing the donor antenna on a location other than the roof minimized interference and noise from neighboring antennae and ensured a stable connection. Amplifiers extended signal coverage in areas where building materials attenuated signals.

The project was completed in tandem with building modifications, which meant that on move-in day, BlueBird Bio staff arrived experienced full-bar coverage throughout the new facility. 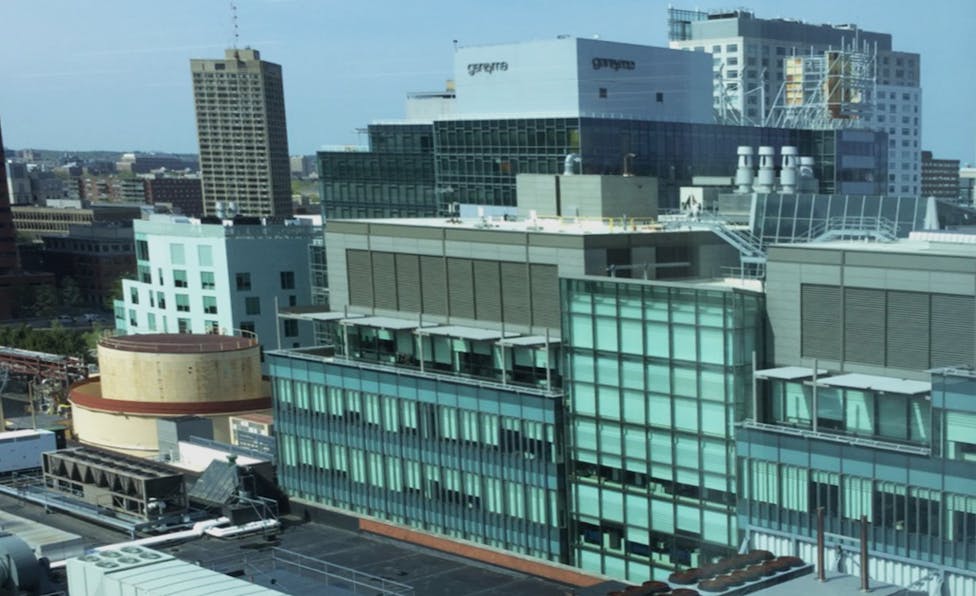