The Wilson SignalBoost DT was one of the most popular consumer Wilson kits every sold. It operated on 2 frequency bands to cover voice, 2G and 3G on most networks, was easy to install and gave great performance. Today at CES Wilson announced a new version of the DT, the  Wilson DT4G , which covers 5 different frequency bands! These 5 bands means that the Wilson DT4G will be the first consumer system to cover every network in North America. Voice calls, 2G, 3G and 4G LTE data will all be covered by a single amplifier and antenna system. It is the only 5-band booster in it’s class and will be the most affordable 5-band booster available.

Kit contents:
At the core of the kit is the DT4G amplifier, which has a powerful 63dB of gain. A flat panel antenna receives signal from the outside and passes it to the amplifier, and a sleek desktop antenna rebroadcasts the boosted signal in all directions. No word yet on the cable lengths included in the kit, but if it follows the SignalBoost DT it’ll be two 50ft cable (you can always add more cable).

For more details see the Wilson DT4G (#460101) product page. If you have any questions on this or any other item on RepeaterStore.com then please contact us.

The DT4G will be available within a few months with an MSRP of $379. We’ll be announcing on our blog as soon as it’s available. 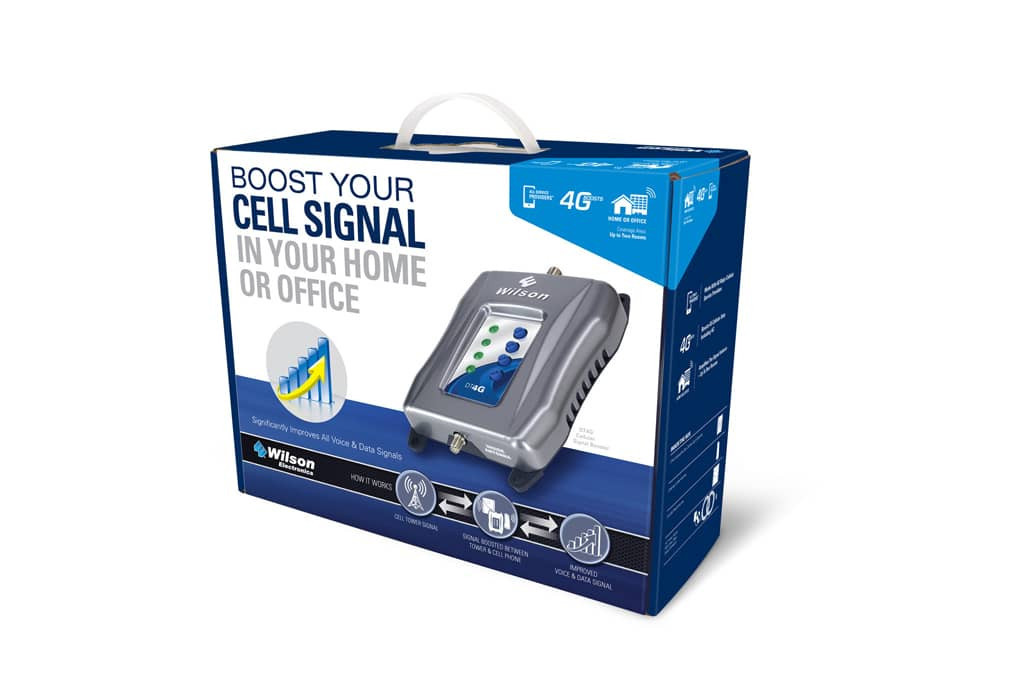 From the Wilson Electronics press release:

The new DT4G improves voice and data signal strength on 4G, 3G, and 2G networks in the U.S. (except Clearwire), and accommodates multiple users across multiple carriers simultaneously.

“The DT4G is the first booster that improves 4G, 3G and 2G signals simultaneously regardless of your carrier,” said Chris Rutherford, VP of sales and marketing for Wilson Electronics. “It is a breakthrough product, because in addition to being robust, it’s the most affordable and easiest to install of our in-building 4G boosters.”

Delivering a maximum gain of 63 decibels (dB), the DT4G booster comes with two antennas, one that communicates with the cell tower, and another that communicates with the cellular device. Also included are two lengths of low-loss coaxial cable to connect the components. An illustrated step-by-step setup guide is included, and Wilson provides free tech support online and by phone from its Utah-based headquarters.