A recently released survey from the Pew Internet & American Life Project confirms that others share one of your biggest cellphone problems –dropped calls.

Dropped calls have been an issue for a number of phone makers, but they plague one carrier in particular — AT&T. Apple’s iPhone 4 on AT&T would reportedly drop calls if held in a 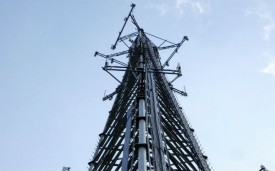 certain way which became known as the “death grip.” Apple offered its customers a free bumper case to prevent dropped calls, after a class-action lawsuit was filed. Verizon’s iPhone 4 also developed a reputation for easily dropping calls, so much so that it failed to make Consumer Reports list of recommended phones. The same publication named AT&T “the worst carrier” in 2010.

Spam texts and slow download speeds on mobile devices are also common complaints of cellphone users. 69% of cellphone users say they receive unwanted spam text messages, and more than three quarters cite slow Internet speeds as keeping them from getting the most out of their device.

Some other interesting stats from the Pew study include:

It would seem consumers are expecting better. “The big change that mobile connectivity has brought to users is the instant availability of people and data,” Jan Lauren Boyles, a Pew Internet and American Life Project researcher who authored this report, said in a statement. “As mobile owners become fond of just-in-time access to others and as their expectations about getting real-time information rise, they depend on the cell phone’s technical reliability. Any problems that snag, stall, or stop users from connecting to the material and people they seek is at least a hassle to them and sometimes is even more disturbing than that in this networked world.”

Are you still having issues with your cell reception? Let us know in the comments!