How To Band Lock The Netgear Nighthawk M1 MR1100

How To Band Lock The Netgear Nighthawk M1 MR1100 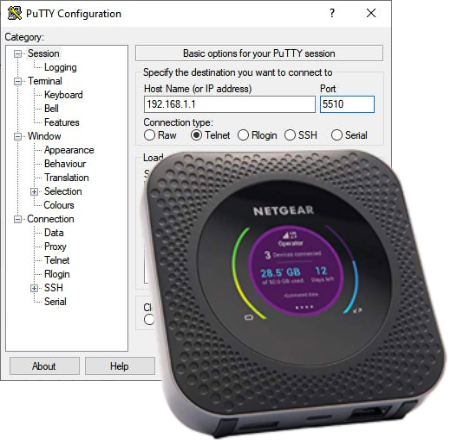 If you're looking to squeeze out the very best data rates from your Netgear Nighthawk M1 MR1100, then band locking is key.

Unfortunately the MR1100, like most hotspots, doesn't always pick the best performing combination of bands.

Fortunately, using a telnet console and entering AT commands makes it possible to band lock the M1.

This can get a little technical, but we'll keep it as digestible as possible! Read on for step-by-step instructions.

What is Band Locking and Why Should You Do It?

The main reason you might want to band lock your Netgear Nighthawk M1 is to get better data rates.

The MR1100 doesn't always pick the best combination of bands to connect on to get the fastest data rates. This problem isn't unique to this Netgear device - almost every hotspot has the same issue.

Unfortunatley, Netgear hasn't make band locking very simple. So if you're looking to boost your data rates, and you're not tech-savvy, you might want to start by reading our external antenna guide for the Netgear Nighthawk M1 MR1100. External antennas can help you access stronger, clearer signal and connect on more bands, and can have a huge impact on data rates.

If you've already got external MIMO antennas, or you know that the MR1110 isn't connecting on optimal bands, then band locking is an excellent way to optimize your connection.

Band-locking isn't something we'd recommend for everyone, but if you're comfortable working in a command shell, it can be a big help. Read on for step-by-step instructions

Tip: Test Bands Individually and Together

The idea behind band locking is that you test every different frequency band being received by your MR1100, and then lock the set of bands that gets you the fastest data rates.

Each frequency band will work at a different data rate, depending on the bandwidth of the band and how congested the tower is on that frequency.

This isn’t always the case though, sometimes a lower frequency band may have better data rates, depending on your location. The only way to find out is to test!

The Netgear Nighthawk M1 MR1100 is able to "carrier aggregate" - which means it can connect on multiple bands simultanoeously. So, in addition to testing individual bands, you can also test combinations of the best bands to see which gets you the fastest throughputs.

Step 1: Open a Telnet Session with Your Netgear Nighthawk

Tether your Nighthawk M1 to a Windows computer

Enable USB Tethering on your Nighthawk. This is done by navigating to "Mobile Router Setup" on the web interface or mobile app, and setting the "Use USB port for" setting to "Charge + tether."

Use Putty to open a Telnet session with your router

Once installation is complete, open Putty and enter the IP-address and Telnet port in the "Session" destination. By default these are as follows:

Set connection type to "Telnet", and click Open to open the telnet session. 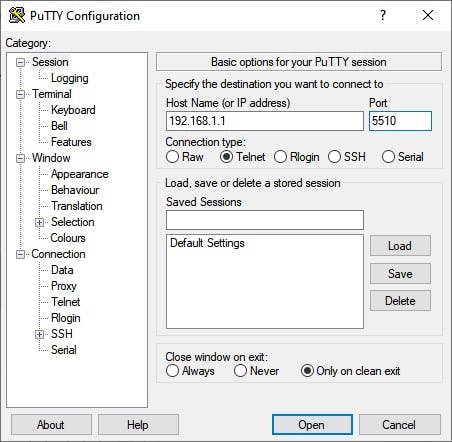 Once it's connected, you should see a black console. This is where you'll enter the AT commands, which we'll outline below.

Step 2: Use AT Commands to Display Network Information

Start by entering the following command to display information about the connected network:

There's some really useful information here that can be really helpful in positioning and aiming MIMO antennas connected to your Nighthawk! Let's unpack it before continuing:

Step 3: Use AT Commands to Band Lock Your Nighthawk

Enter the following command to display a band selection list and all connected bands on your router.

This will act as your "key" to entering band selections in the next step.

To add a band selection, enter the relevant command from the list below. Keep in mind, the Nighthawk M1 only allows up to eight band selections at a time, meaning a maximum of eight index numbers.

To help you understand what the AT commands you're entering actually mean, here's a breakdown of each part of the command AT!BAND=3,"LTE B2",0,2.

The command above would create a new index line in our example (using an existing index number would overwrite that index line), it would name that new band selection "LTE B2", select no WCDMA 3G bands (you likely won't want to select any 3G options, unless LTE is not available in your area), and select LTE band 2.

Here are the AT commands for each band supported by the Netgear Nighthawk, simply replace

To add a combination of bands, you'll need to calculate the LTE hex code for that combination, by using an NV Calculator like this one. 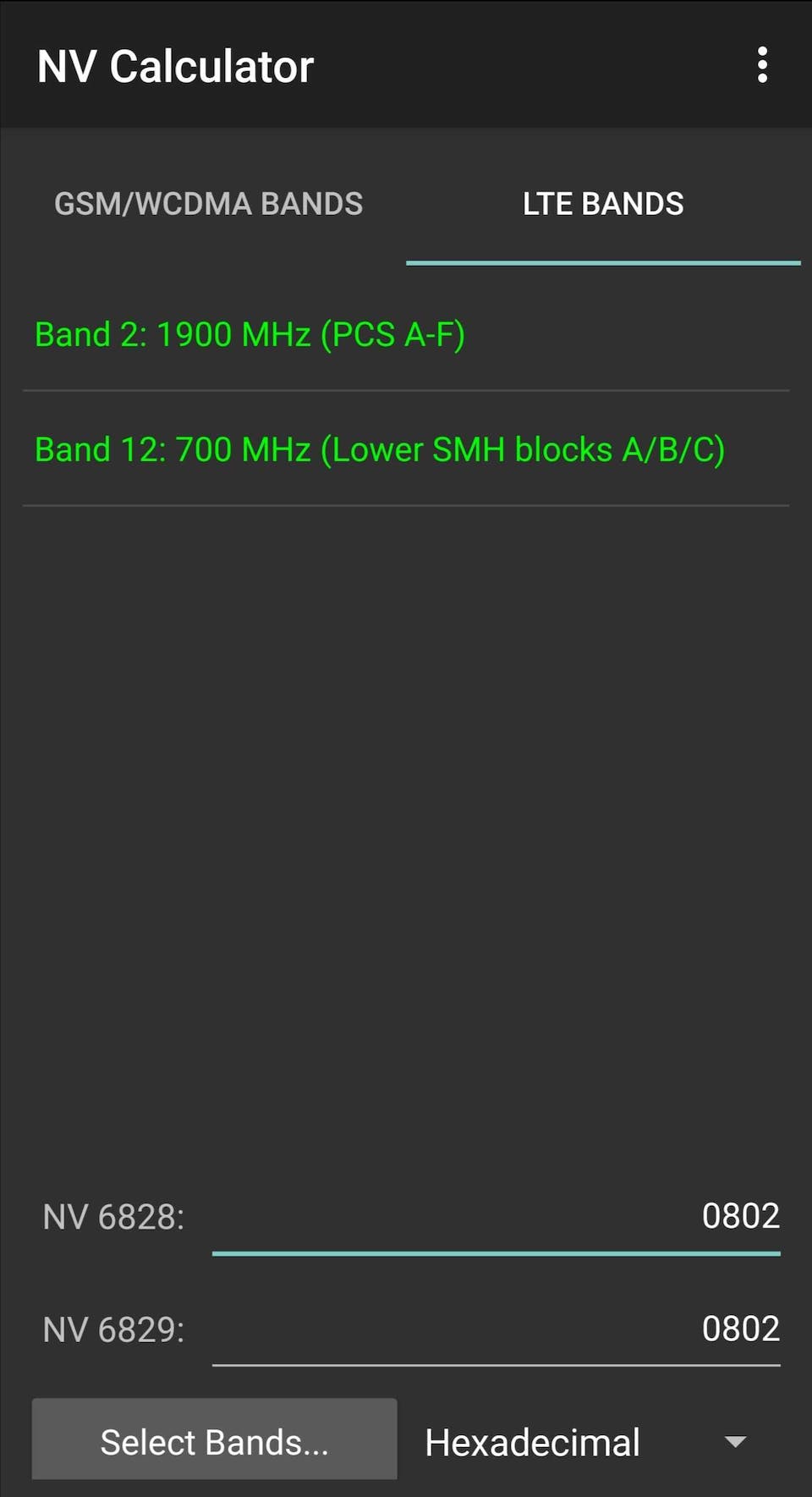 Set the app to hexadecimal and select the LTE bands you want to use, via the menus at the bottom of the screen. The app will provide you a number, this is the LTE hex code that you'll enter in the last position of your AT command.

Here are some multi-band AT commands, as before, you'll replace

If necessary, you can disable bands with the following command, by setting both the WCDMA and LTE hex codes to zero for a given index line. Here, you'll replace

After adding or removing bands, go ahead and check the list with the AT!BAND=? command, to ensure your changes have taken effect.

Once you've done this, reboot your Nighthawk hotspot and run the AT!GSTATUS? command again, to confirm which band(s) it is connecting over, as well as how your signal measurements look.

Once you're happy that you've found the best bands for your router to use, bask in the glory of having successfully "hacked" your way to better data rates!