Why and When To Use Plenum Rated (CMP) Cable

Why and When To Use Plenum Rated (CMP) Cable 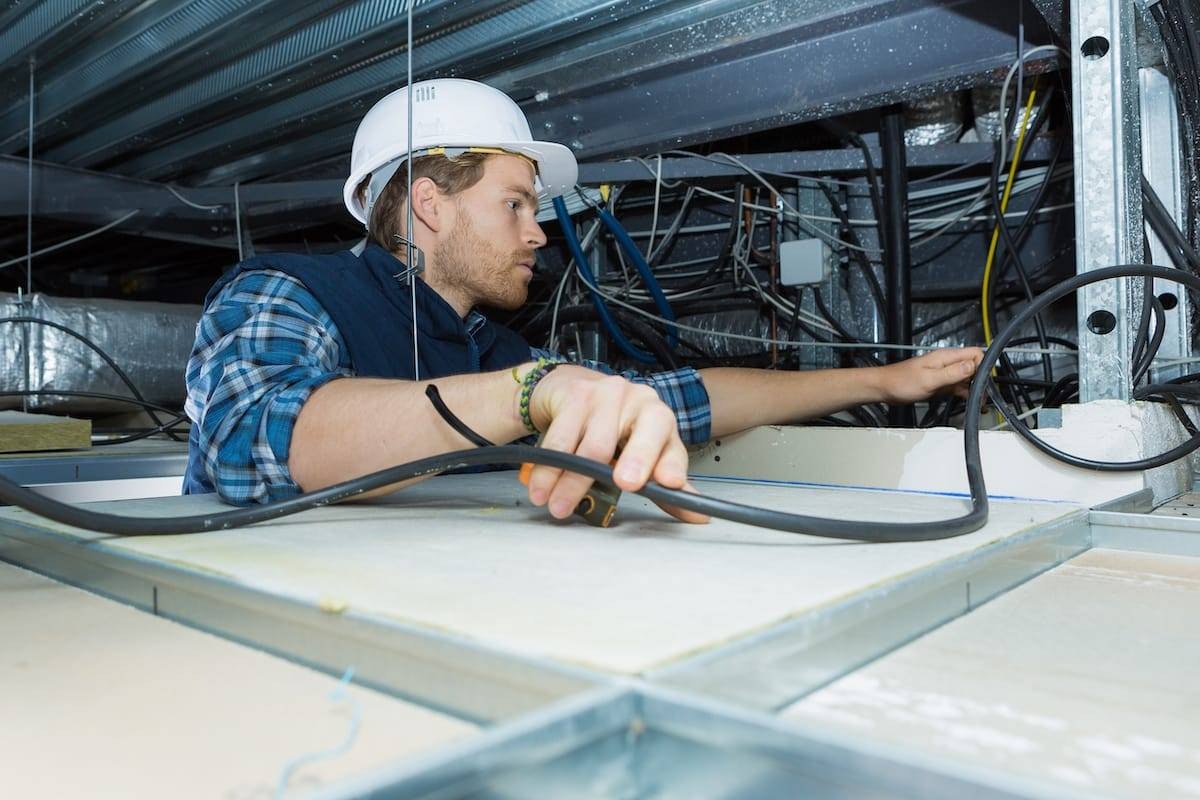 In this article, we'll answer all your plenum-related questions.

If you're installing cables in buildings with drop ceilings and HVAC system – whether it's for a WiFi network, signal booster, a distributed antenna system (DAS), or something else – understanding when you need plenum cables is critical.

Plenum-cable requirements exist in almost every building code in the US. They're there to protect occupants from potentially fatally hazardous fumes.

This is our complete guide on the different cable ratings. We'll try to answer all your questions on why and when to use plenum and non-plenum cable.

Let's get stuck right in:

What are the different cable ratings and who rates them?

When we talk about plenum and non-plenum cable, we are not talking about the type of cable (coaxial, Cat5e/Cat6 ethernet, HDMI, etc.), but rather the fire resistance of the jacket (outer covering) around the cable.

In the United States, the National Fire Protection Association (NFPA) outlines the standards for electrical wiring in buildings in the National Electric Code (NEC).

Since NFPA’s primary purpose is to prevent fires, nearly all state governments and local bodies have adopted NEC guidelines as a key part of their building codes.

There are over fifteen levels of cable rating according to the NEC guidelines, but the three most common “Communications Multipurpose” (CM) cables you'll come across are: 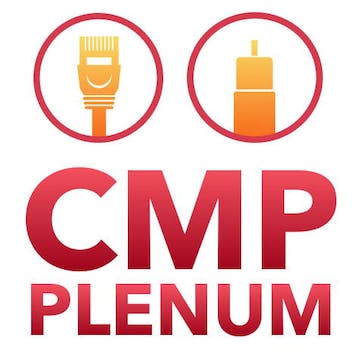 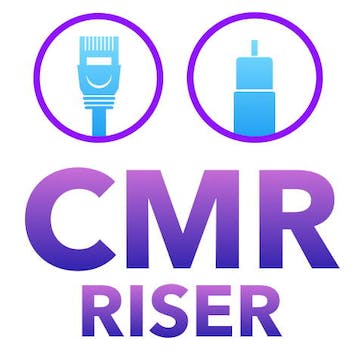 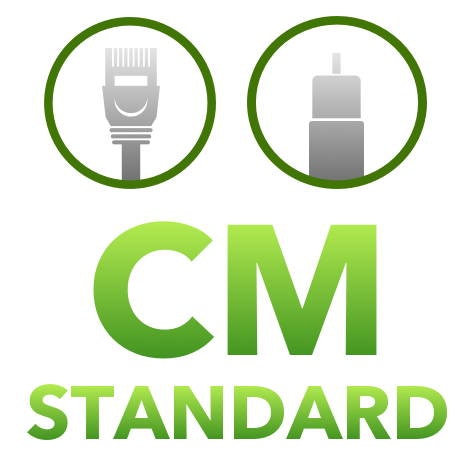 When should you use plenum cable?

Most building codes mandate that only plenum-rated (CMP) cable be used in “plenum spaces” and air ducts.

For large public spaces like hospitals, schools, and airports, building codes in some cities and towns mandate plenum cable even for non-plenum spaces.

The most common plenum spaces are the open spaces above a drop ceiling or below the floor.

In most commercial buildings with HVAC systems, air ducts supply air from the external HVAC unit to the inside of the building, but the return air goes through the open space above the drop ceiling instead, making it a plenum space.

These spaces are essential for air circulation, but they pose a major fire hazard because of the high rate of airflow. If non-plenum plastic cable is used in this space, it will spread the fire faster and distribute thick toxic smoke throughout the building.

The goal here is to prevent fire from travelling along a cable and spreading throughout the building.

That’s where plenum-rated cable comes in.

Why use plenum rated cable?

Plenum rated (CMP) cable has an outer jacket made of fire-resistant material like Teflon to prevent fire from spreading.

When a fire happens, plenum rated cable is designed to:

Why is using the right cable important?

If you use non-plenum cable in the plenum ceiling, inspectors won’t give you an occupancy or building permit, and you may be subject to fines.

Some residential buildings are never inspected. However, it’s still important to adhere to local codes. If there is a fire and you didn’t use the right cable, you can be held liable for negligence and unable to claim insurance.

How do you know if a cable is plenum rated?

In the US, Underwriter’s Laboratories (UL) is the de facto body entrusted with the certification of cables. If the plenum rated cable carries a UL trademark marking and an approval number that can be verified on UL’s website, you’re good to go.

The following cables meet plenum-rating specifications, but are not UL listed:

UL-listed cable should generally be marked with the UL trademark marking and approval number, which you can use to look up the cable online for free.

When can you use non-plenum rated (CMR or CM) cable?

Non-plenum cables can be used anywhere except plenum space and air ducts.

In both commercial and residential buildings, non-plenum cable can be used to run cables through walls and across open ceilings. You must use CMR (riser-rated) cable when running cable between floors through risers or vertical shafts.

Some buildings with HVAC systems have return air ducts which transport air back outdoors. If there are no leakages and the space above a drop ceiling is not circulating air, you may use non-plenum cable. Of course, this is only true as long as the cable is not running inside the air ducts themselves.

Using CMR or CM cable offers a significant cost saving because it generally costs half or a third as much as CMP cable.

Do you need plenum cable if it’s in conduit?

If you’re using plenum-rated conduit, you don’t need to use plenum-rated cable. This is true even if the conduit is in a plenum space. The most common types of plenum conduit are innerduct (often used for fiber runs) and metal. PVC pipes are generally not plenum-rated.

However, installing conduit is expensive, and purchasing plenum-rated cable is often easier and cheaper.

Have more questions that we haven't covered here? Please leave a comment or reach out to us!