If you're looking to get the absolute best data rates for your LTE or 5G hotspot, using cross-polarized MIMO external antennas is often the best...

If you're looking to get the absolute best data rates for your LTE or 5G hotspot, using cross-polarized MIMO external antennas is often the best option.

Our MIMO Log Periodic 11 dBi Hotspot/Router External Antenna kit for 4G LTE/5G Hotspots & Routers includes everything you need, including the adapters necessary to connect the MIMO antennas to your hotspot or LTE router.

These antennas are also sometimes referred to as "yagi antennas" by they are technically called log periodic antennas.

Installing external MIMO antennas is all about maximizing your data speeds. Different routers and hotspots have different configurations for external antenna ports.

Most hotspots, like the Netgear Nighthawk M1 and Verizon Jetpack 8800L will have two antenna ports, while some of the more advanced routers like the T-Mobile 5G Gateway and the MoFi 5500 often have four ports.

Our MIMO External Antenna Kits are available in both 2x2 MIMO and 4x4 MIMO configurations, with 2 and 4 antenna elements respectively.

Which one you should pick depends entirely on the device you have. If you've got two antenna ports, then you need the 2x2 MIMO Antenna Kit, while if you're working with four external antenna ports, it's usually best to go with a 4x4 MIMO Antenna kit.

The surge protectors should be installed just before the coaxial cable enters the building. If you’re unsure about grounding your outdoor antenna, We’ve got a guide on how to ground a rooftop antenna.

Our detailed guide for your hotspot or 4G LTE/5G router

Every hotspot and router is different, so we’ve written up detailed guides for some of the most common devices here.

Our Twin RS240 coax cables have SMA-Male connectors on the “indoor” end. These are able to connect directly to LTE routers, like the devices by Cradlepoint, MoFi, and Pepwave, which typically make use of SMA connectors.

Battery-powered hotspots like the Verizon MiFi Jetpack and the Netgear Nighthawk M1 MR1100 may have TS9 connectors. Some devices without external antenna ports like the T-Mobile High Speed 5G Internet Gateway may have internal U.FL connectors.

We include both TS9-Male to SMA-Female and U.FL to SMA-Female adapters, which allow our MIMO antennas to be connected to almost any hotspot or LTE router.

If you're unsure of which adapter you need, how to connect it, or where to begin, we suggest reading our guide for your router, or referring to your user manual. We know, there’s a lot of information out there and this can get very technical.

Don’t be afraid to reach out to us for support!

Our wideband log-periodic antennas support almost every 3G, 4G LTE, and low/mid-band 5G service in use in the US and across the world today:

Supported 4G/5G Bands in the US:

All supported US Frequency Bands:

Customers who bought this also bought:

Powered by
4.9 star rating 32 Reviews
1 Questions \ 1 Answers
ask a question
write a review
(28) (4) (0) (0) (0)
Show all reviews
ask a question
write a review
Thank you for posting a review!
We value your input. Share your review so everyone else can enjoy it too.
share
share
share
Thank you for posting a review!
Your review was sent successfully and is now waiting for our staff to publish it.
Thank you for posting a question!
Please click on the link in the confirmation email we just sent you to submit your question.
Your question will appear on the site once someone answers it.
write a review
ask a question
Sort: Select
Updating Results
B
Benjamin S.
Verified Buyer
5.0 star rating
08/13/20
Exceptional Package
Review by Benjamin S. on 13 Aug 2020 review stating Exceptional Package
Every thing you need is in the box. High grade low loss cable, adapters for my mofi, brackets, and antennas.

I go camping in the middle of the woods ( heavy trees and some times mountains in the way of direct line of sight from a cell tower). This setup works way better than my weboost with an omnidirectional antenna or my mofi with it's paddle antennas. It allows me to conduct business meeting in the middle of no where via zoom, Skype ect where my Verizon and Att coverage is non existent or 1x.

Since I primarily use it camping I set it up and tear it down alot. All parts are extremely well made and will wear very well being put up and taken down alot. Setup takes about 10 -15 minutes including finding where the strongest cell tower is. Brackets have a great range in poles they accept. I have mounted it on shovels, ladders and poles of various widths. And it has always been solid and had no fear of them falling.


Over all excellent value and product! 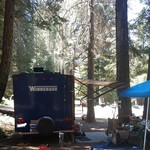 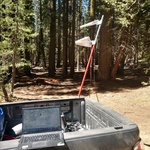 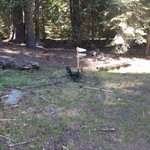 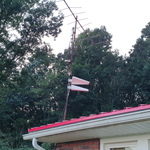 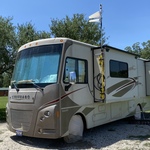 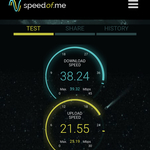 On MIMO Log Periodic 4G/5G Hotspot/Router External Antenna Kit
share ' Share Review by Jeff M. on 16 Jul 2020 facebook facebook Share Review by Jeff M. on 16 Jul 2020 twitter twitter Share Review by Jeff M. on 16 Jul 2020 LinkedIn linkedin Share Review by Jeff M. on 16 Jul 2020
07/16/20
Was this review helpful? 0 0
Slideshow
Slide controls
Loading...
Powered by
J
James L.
Verified Buyer
4.0 star rating
06/27/20
Almost perfect
Review by James L. on 27 Jun 2020 review stating Almost perfect
This wasn’t the ideal product for our application since poor line of site will limit the function of these powerful directional antenna. We instead exchanged the pair for a MIMO panel which has resulted in consistent LTE down load speeds.
Ian was excellent in helping navigate through this troubleshooting process.
I will penalize a star over the included pigtail TS-9 adapters in this bundle. They are too short, too rigid, and too loose in their friction connection to adequately connect to an Inseego MiFi hotspot (The hotspot provided by The Calyx Institute). I researched a bit and ultimately had to purchase different ts-9 adapters through coaxrf.com. The new ones were customizable in length, more flexible and most importantly fit waaaayy better with their friction mount. No longer did I have to use tape to keep the mounts attached. I left a pair of the improved adapters with the gentlemen in the warehouse so hopefully they’ll make their way up the chain of command to Sina.
Overall I’m very satisfied with waveform and will certainly refer people to this business. 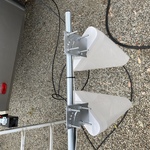 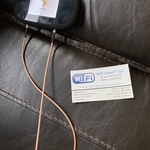 Waveform
07/13/20
I'm on the case James - thanks for giving us the pigtails! Will test them and replace ours if they're better! Definitely planning on making ours longer
07/13/20
Slideshow
Slide controls
Loading...
Powered by
M
Michael A.
Verified Buyer
5.0 star rating
06/27/20
Increase Internet Performance
Review by Michael A. on 27 Jun 2020 review stating Increase Internet Performance
The antennas have clearly increased my internet speed. The bonus was the continual help provided by Ian, the tech support person. I wanted to increase my internet speed and range. Ian has worked with me throughout the whole process and answered many emails and telephone calls to ensure I got the best result. I know absolutely nothing about all this and could not have done it without his support.

We stand behind the products we sell. We’ll accept a return anytime within 90 days if you’re not happy with your purchase from us.

Any order over $99 ships free. And we get packages out the door quickly: 82% of orders are shipped within 24 working hours.

Our signal experts have helped design and install kits in buildings of over 200,000 sq ft. Let us help you find the right product.